Long before Chuck D called rap music “black America’s CNN”, reggae served the same purpose in Jamaica, albeit in an amplified fashion. There is no limit to subject matter in Jamaican music. Song topics can include the sweetest hymn to true love (or God, or marijuana), gross scatological forays, musings about current events (or political doings, or pop culture), and graphic threats towards one’s enemies; often with all of the above coming from the same artist.

The Jamaican music industry is essentially a summation of Jamaican culture and cultural interests as a whole. And of course, like much of the world, a good share of those interests reflect the influence of the 900 pound gorilla to the north, those cultural imperialists, the United States of America.  American movie stars, athletes, and TV characters are just as famous in Jamaica as they are on their home turf. Witness the namecheck of Clint Eastwood’s new movie Dirty Harry in the intro of Big Youth’s classic “Screaming Target”

A great reflection of American influence is the way American comic book characters show up in reggae music.

The Marvel Universe was birthed in late 1961, when the first issue of the Fantastic Four came out. The Jamaica music industry also began about that time, with the first big label, future Prime Minister Edward Seaga’s WIRL (West Indian Records Limited), starting in 1958.

But, Jamaican music really came into its own in the early 60’s, with homegrown ska music overtaking copycat r&b records in popularity, and when Jamaica declared independence from Britain in 1962, music was a showpiece of their new identity on the world stage (1962 was coincidentally also the year that saw the first appearances of The Hulk, Spider Man, and Thor).

There are many reggae labels that reference comic characters, but let’s begin with ones that reference the Fantastic Four, specifically their crudest member, seen in the bottom left on the cover above: The Thing.

I’ll start with Grimm Ben, a label I have a soft spot for, as what could be nerdier than naming a label using the The Thing’s real name? 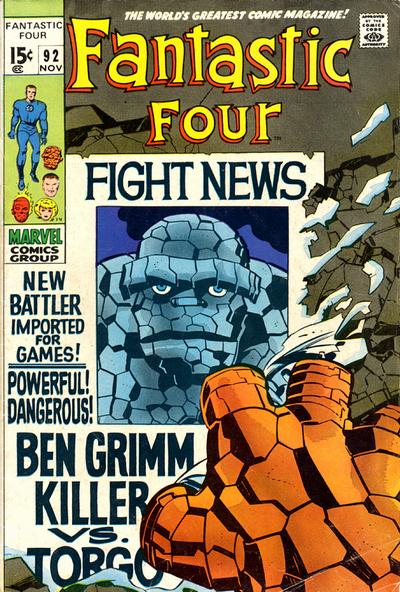 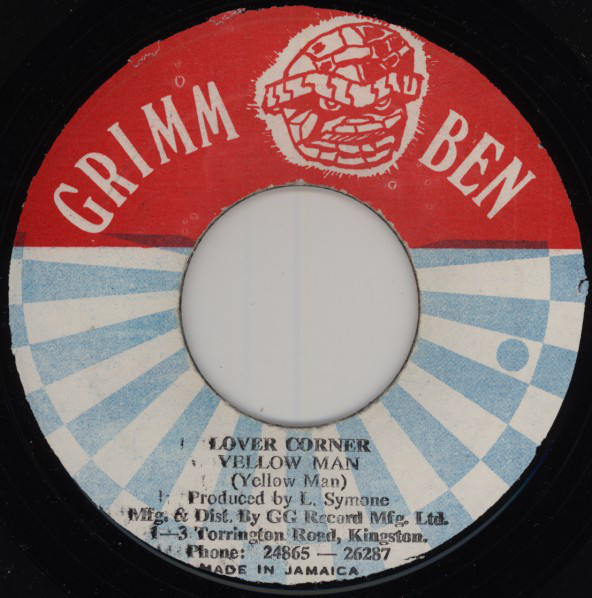 The artwork is not the best on this, but again serious nerd points are given for calling Ma Grimm’s blue-eyed boy by his birth name.  The label was run by Jah Thomas, a successful DJ who also had a good run as a producer/label owner. 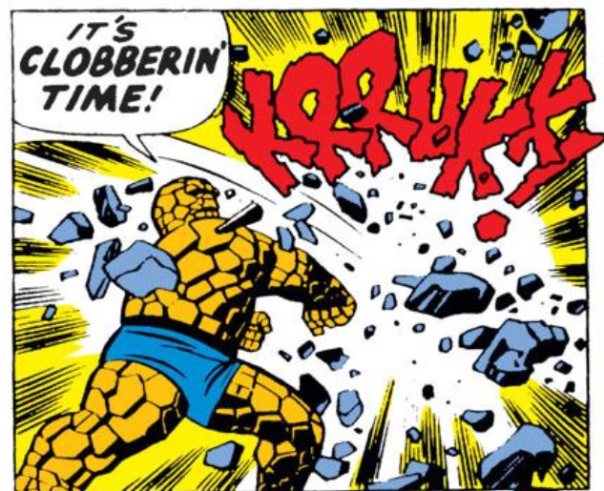 The Thing’s strength, eerie visage, and true rudeboy attitude made him a fan favorite in Jamaica, as there was second label with his mug on it: Lloyd Campbell’s “The Thing”, which had much better art.

Funnily enough, this Lloyd Campbell was not the only Lloyd Campbell in the Jamaican music industry with a love for comics; witness Lloyd “Spiderman” Campbell’s self-named Spiderman label, which he ran from the early 70’s up into the near present (with many different label designs), with records ranging from roots singers like Culture and The Tamlins to DJs like Yellowman and the Lone Ranger.  Lloyd Campbell passed away recently of cancer in Miami, and was active in music up until the time of his death. 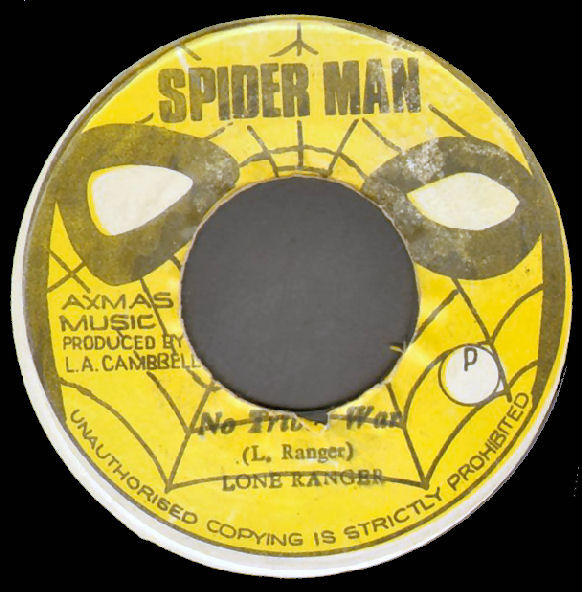 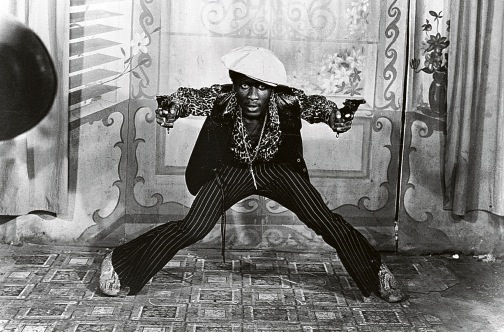 I’m not sure whether it was his popularity, 60’s cartoon series, or rebel vibe, but like The Thing, ol’ Spidey also lent his name and visage to more than one record label, with the second being dancehall label Spiderman Records International, run by engineer Delroy Thompson, who confusingly enough, also called himself Spiderman.  He may win the award for most stripped down depiction of a comic character.  I think my school notebook doodles from 4th grade contained more detail and weblines on Spiderman’s face. 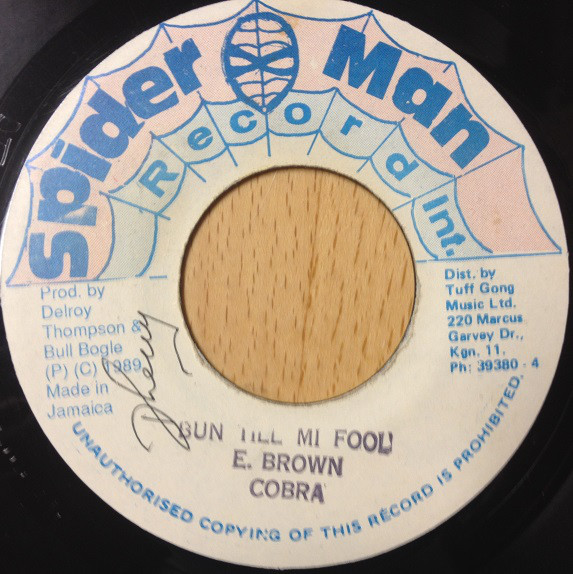 The wall crawler makes an appearance in a few other reggae records. Firstly as a name check in the dub b-side of “Squatter’s Connection” by Massive Dread, entitled “Spiderman Skank.”

And then more notably as a protagonist in the form of the third man in Jamaican music to name himself Spiderman, and his partner Superman (not kidding).

From early 80’s onward, DJ combinations were a hot thing in Jamaican music, as seen by the success of artists like Michigan and Smiley:

Spiderman and Superman were not quite operating on that level, but they did release a handful over of tunes spread out over a decade:

This makes me recall the first and most famous example of Spiderman and Superman collaborating, their oversized and historic comic book from 1976: 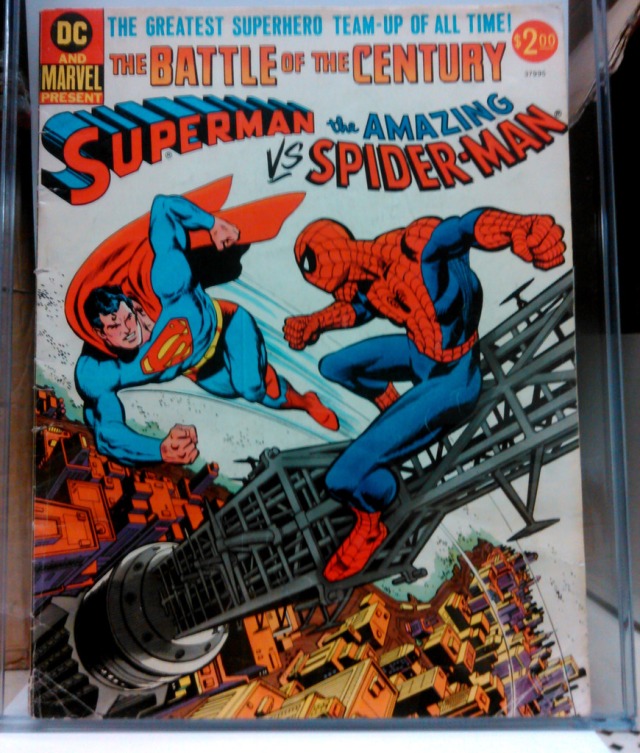 Two dollars for a comic book back when they cost 30 cents? Clearly, this was something historic. This was the first time that a character from the Marvel Universe (Spiderman) had appeared with one from DC comics (Superman), so it was A REALLY BIG DEAL.  Not sure how the battle of the century took place between a demigod who could reverse time by spinning the Earth backwards and a dude who got taken out by a guy called the Kangaroo, but OK.

If only comic fans had waited 10 years, they could have got the same thing from a reggae album: 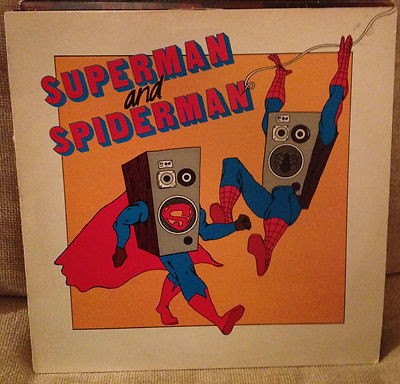 I can’t speak on the record itself. But, it does bring up a valid point: all of my examples have focused on the Marvel side of comics, but their Distinguished Competition makes some reggae appearances as well.

Noted eccentric/producer/owner of many labels Lee Perry’s comic connection is DC based: his label Justice League is named for the superpowered organization in the DC comics universe that, at the time, contained the combined might of Superman, Batman,  The Flash, and Green Lantern. Certainly a power worth harnessing and directing in the direction of dope roots reggae. 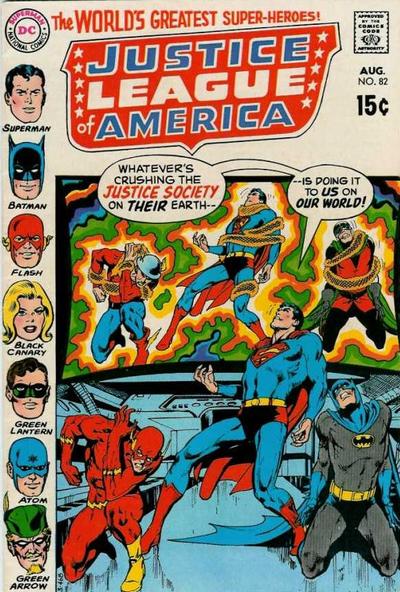 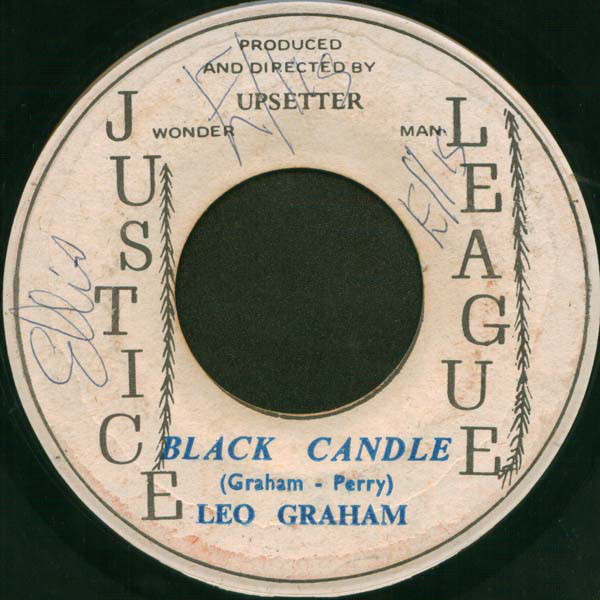 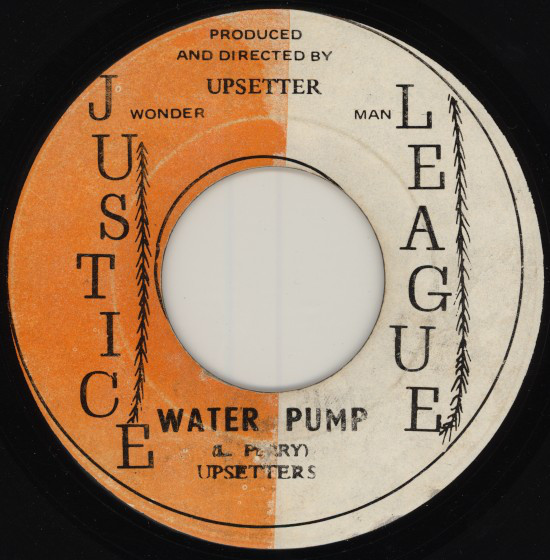 Batman and Superman made many solo appearances in reggae music, but none on label art as far as I know.

The above track by Joe Tex and Hugh Black is particularly awesome, as they pretend they are Batman and Robin in the intro to the tune, and there are lots of spacey dub effects.

I admit, I am more of a Marvel guy, so I am going to close out this post out with the most dumbshit of all the Marvel heroes: the Hulk.

But, yo if the Hulk lights up, maybe there is a Jamaican connection… Oh wait, there is: 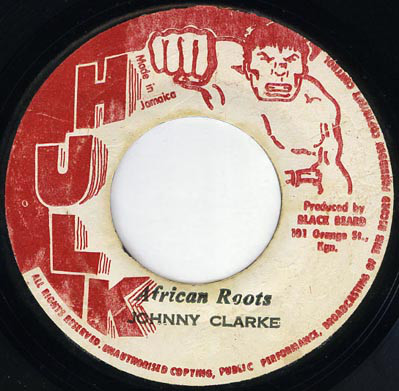 Mad respect to this label because it was founded back when he was just another dude in the Marvel Universe and before the Hulk live action series in the late 70’s, which I must mention for having the best closing music of any TV show ever, and what a way to close out a post.  Goodnight.

musings about music, culture, food, and more... twittering, tumbling, and instagramming: @PgunnNYC http://axchem.tumblr.com/
View all posts by peter →
This entry was posted in Music and tagged comics, lee perry, reggae, spiderman, superman, the hulk, the thing. Bookmark the permalink.